A SOUND PATH OF CONTEMPLATION UNDER THE STARS

MODICA – In movies, the Prequel is that story whose content tells the background of a story. “San Lorenzo. Prequel” is the title of the sound and musical journey conceived by director Alessia Scarso. On August 9, in the famous night of the wishes of San Lorenzo, the modican director known for his film Italo and counted among the most notable astrophotographers in the world in the Astronomy Photographer of the Year in London, proposes a sound and music path to enjoy on a deckchair under the stars. From Apollo 13 to Blade Runner, from Once upon a time in America to Mary Poppins, from Il Postino to Jules and Jim, in the darkness of the beach, by candlelight, listening to songs about the Universe and Love taken from the most significant films in the history of Cinema..

“I imagined this event as a moment of contemplation. Visually only stars and small candles, comfortably lying on the beach, all seasoned with the scent and the “rustling” of the sea. An opportunity to stop, to listen to many stories and hear their thoughts reflected under the sky. The night of San Lorenzo is a magical night. It’s a time when we all look up. We wait for the shooting stars to express our wishes, to raise our doubts and questions towards the indefinite, to fantasize about a future. We have organized the event on the evening of August 9: we will be able to manage the brightness of the moon, which will set at 1.39 am. In a single evening we will be able to enjoy a moonset in the West, the Milky Way with Jupiter in the South, while in the East will already be visible the Perseids meteor shower, the famous tears of San Lorenzo, debris from the passage of the comet Swift-Tuttle. This sound path is the result of a personal research and experience. I often listen to movies only in sound. It’s an incredible way to combine stories with your own history, to enrich one’s perception with suggestions, and to mix points of view in total freedom. I’ve been enjoying some of these tracks under the stars for years now. I thought it was time to share these emotions. The beautiful shared is more beautiful.”

Appointment as per the classic etiquette of a fairy tale, at midnight sharp, Friday, August 9, 2019 at Oasi Maganuco Beach, in Piazza S. Chiara in Maganuco, Modica. 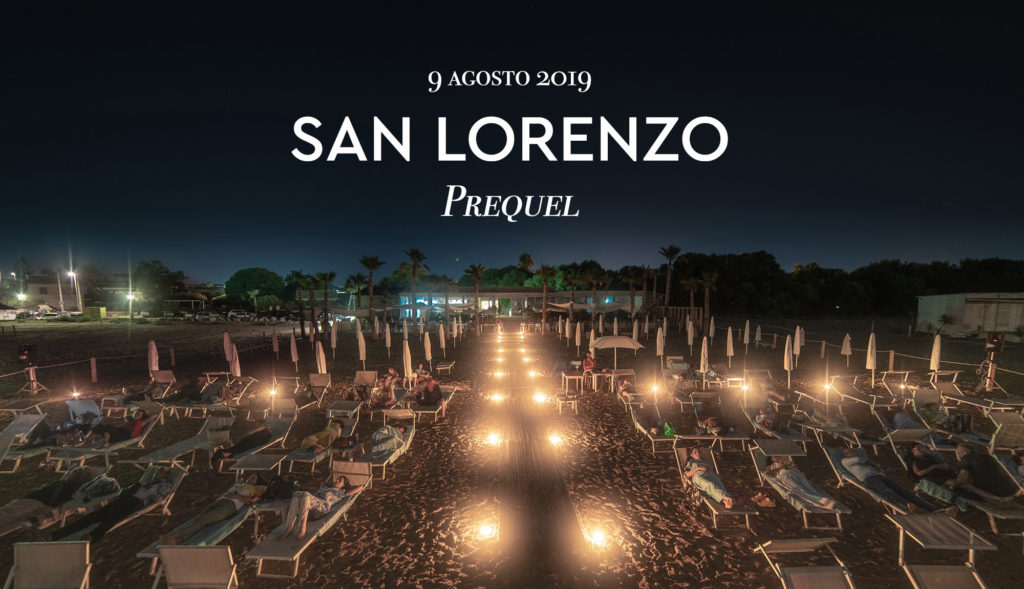