In the town of Modica, in Sicily, the Easter celebrations unfold from the perspective of the Madonna who was a helpless bystander at her Son’s Passion. A series of visual exchanges, tears and prayers. The ritual of the clothing of the Madonna takes place, hidden from public view, in the darkened church and conveys an ultimate sense of bereavement. The opening and removal of the black cloak symbolises the return of life’s emotions from the shadow of Death as Mary bestows a kiss on her Risen Son. Twelve minutes of intense suffering, keening and devotion. Twelve recalls the twelfth hour in which Mary witnessed her Son’s triumph over darkness. So then she abandons her cloak of mourning to greet the gathered crowds of the faithful robed in brilliant blue. 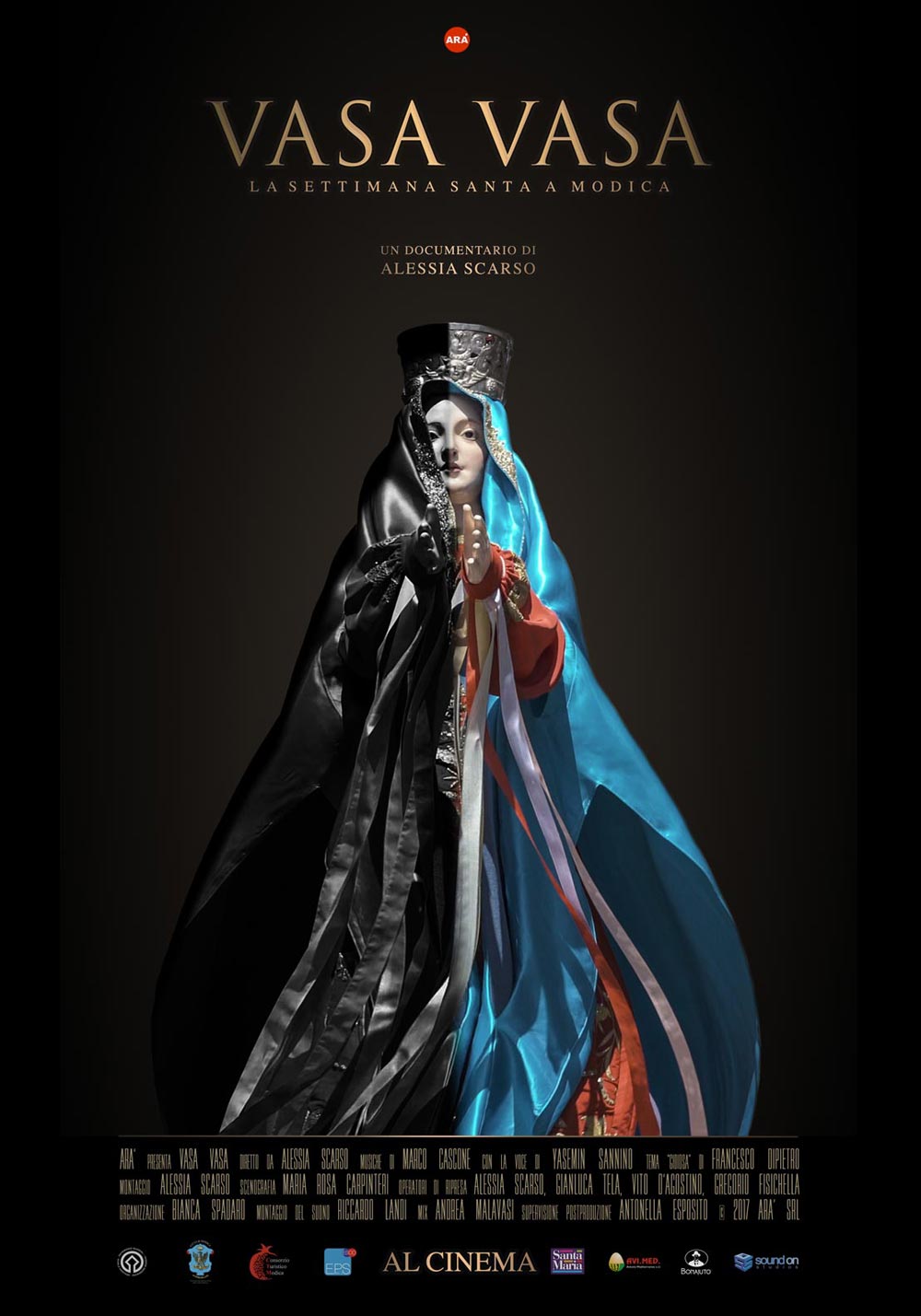 “Holy Week, in those places once under Spanish dominion, holds a special fascination for writers, photographers and film directors. In Sicily, the liturgy reveals a mixture of influences deriving from Greek, Spanish and Arabian culture. The Vasa Vasa ritual of the Madonna as it unfolds in Modica dates back to at least 1645. On the day in which Catholicism celebrates the Resurrection of Christ, the townspeople of Modica gather in the main square at midday to witness the removal of the black mantle of mourning from the Madonna as she greets the Risen Christ. With an intimate and moving gesture, Mary the Mother kisses and blesses her Son and assumes the role of mother of all those pressing around the benediction ceremony.

The documentary begins with the ritual clothing of the statue of the Madonna, a devotional moment from which the public is excluded. It was my desire to communicate the sense of mystery. Alone, in the darkened church with the figure of the Madonna while a storm was raging outside, I experienced a feeling of emptiness, of absence, of bereavement. Mary is a woman who has lost her Son. At that point, the simple piety of an elderly woman, Maria Bonomo, intoning a dirge in Sicilian dialect telling of lamentation, sorrow, tears and Love, the wonderful music of Marco Cascone and the incredibly moving performance of Yasemin Sannino came to my assistance.

The Feast of Easter corresponds with the arrival of Spring. Nature and Tradition are united in reminding us that what is destined to die can be reborn, that an end can have a new beginning.

Easter Sunday is the day on which everything can start afresh because anything may happen. Even the dawn of a new life”. 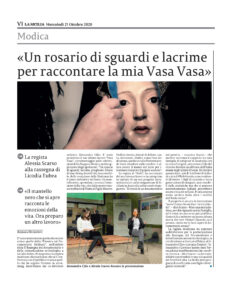 A Rosary of looks and tears to tell my Vasa Vasa 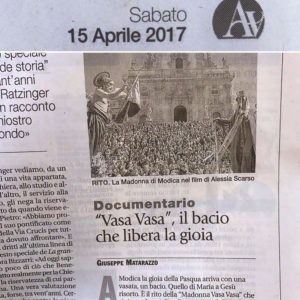 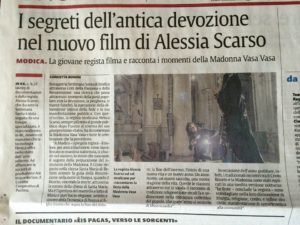 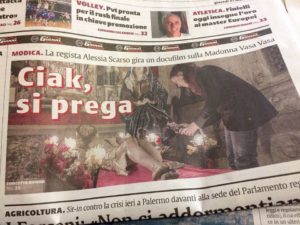