Etna shows itself in Paris

PARIGI – A narrative of the volcano Etna is the timelapse that won the PNA, the Photo Nightscape Awards, the prestigious international competition dedicated to photos and videos of nightscapes organized by Chasseurs de Nuits, a French group based in Montreuil.

On September 21, in Paris, the award ceremony took place, during which Alessia Scarso received the prize that brought on the podium an all-Italian collective work: Etna told through images by Dario Giannobile, Marcella Giulia Pace and the director Alessia Scarso herself. 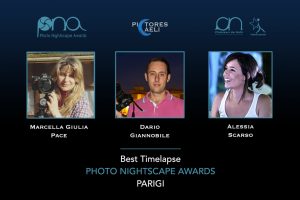 It is a film made on Etna that shows the moon and the stars alternating between the puffs and paroxysms of the volcano. The three Sicilians, all members of the well-known group of astrophotographers Pictores Caeli, have built a short story on the highest and most active volcano in Europe, a UNESCO site, in a period in which Etna has proved particularly lively, and that has convinced the French jury to award them the prize for best timelapse in the 2021 edition of the PNA.

You can view the winning video of the 2021 PNA Photo Nightscape Awards at the exhibit Ad Sidera. C’era una Volta Celeste, in this period set up in Modica (RG) by the Fondazione Teatro Garibaldi in the former Convento del Carmine, in which the director Alessia Scarso monologues with the night and the stars, in an exhibition where time stops in photos of landscapes with a pictorial flavor and the flow of events is reshaped in timelapse. 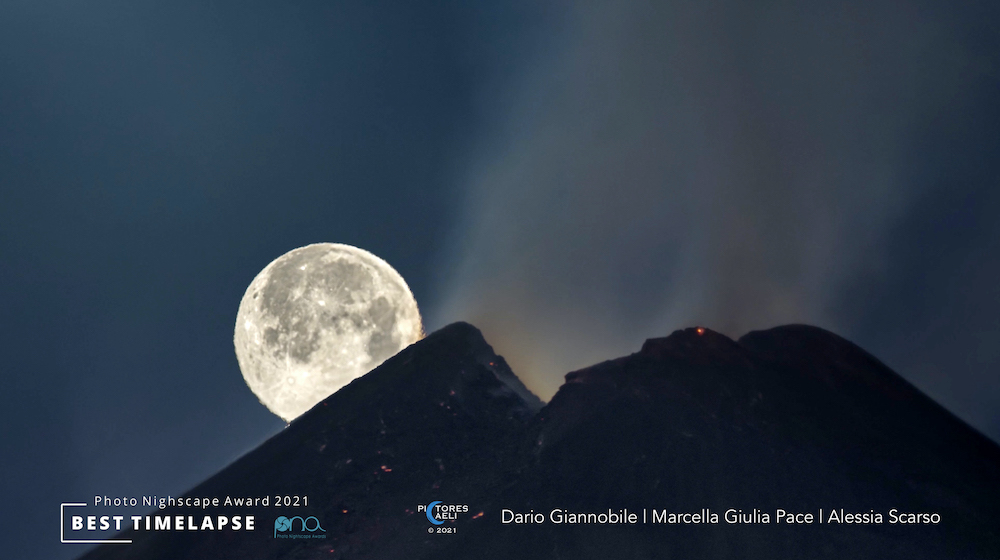 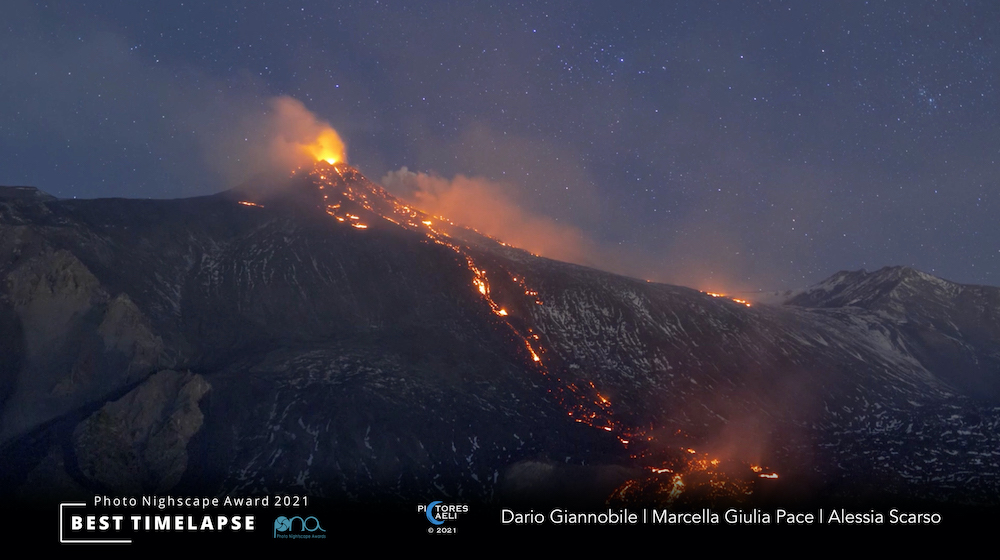 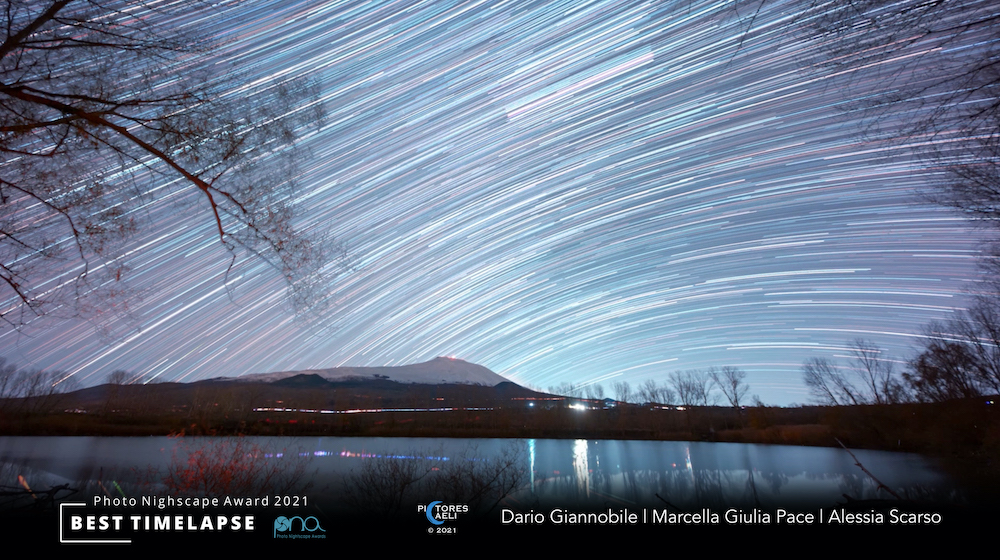